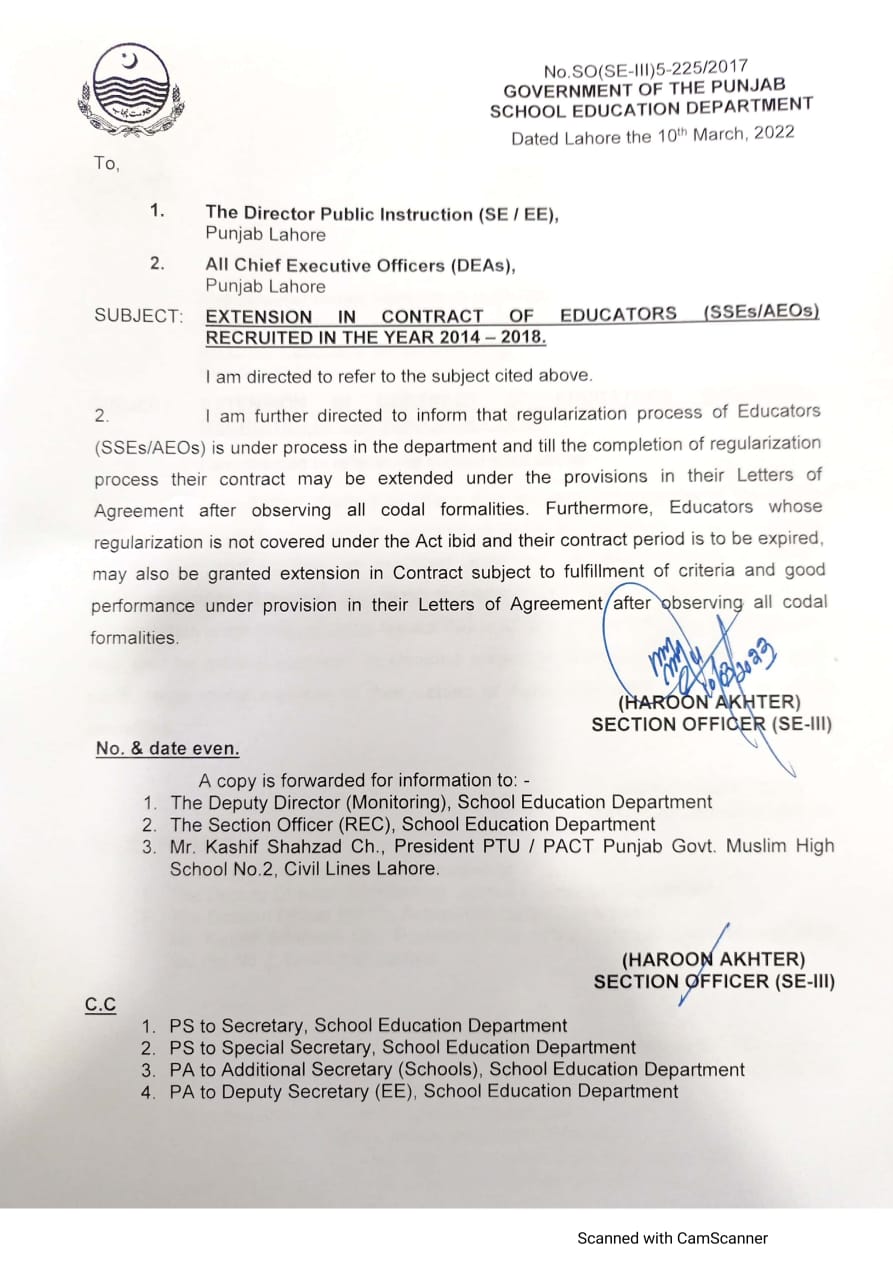 A notification has been issued in 10-03-2022 in connection with EXTENSION IN CONTRACT OF EDUCATORS (SSEs/AE0s)  RECRUITED IN THE YEAR 2014 — 2018 by School Education Department,Govt.of Punjab.Further detail of said notification in same is as under;

I am directed to refer to the subject cited above.

2.I am further directed to inform that regularisation process of Educators (SSEs/AE0s) is under process in the department and till the completion of regularisation process their contract may be extended under the provisions in their Letters of Agreement after observing all codal formalities. Furthermore, Educators whose regularisation is not covered under the Act ibid and their contract period is to be expired. may also be granted extension in Contract subject to fulfilment of criteria and good formalities.  performance under provision in their Letters of Agreement •bservin• all codal.