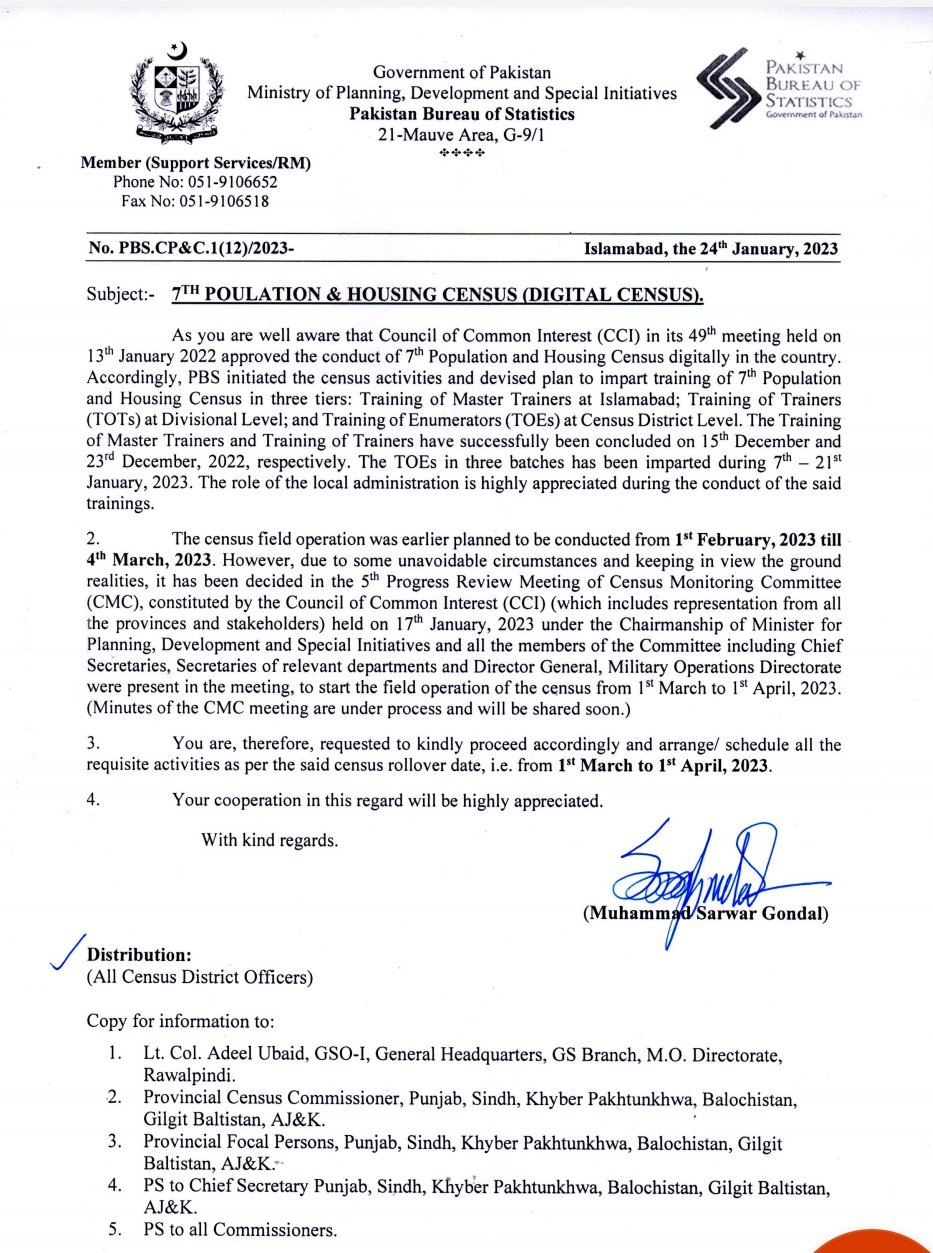 A notification of Census revised schedule of 7th Digital Census w.e.f 1st March 2023 to 30 April 2023 by PBS.Further detail of said notification in same is as under;

As you are well aware that Council of Common Interest (CCI) in its 49. meeting held on 13. January 2022 approved the conduct of 7. Population and Housing Census digitally in the country. Accordingly, PBS initiated the census activities and devised plan to impart training of 7. Population and Housing Census in three tiers: Training of Master Trainers at Islamabad; Training of Trainers (TOTS) at Divisional Level; and Training of Enumerators (TOEs) at Census District Level. The Training of Master Trainers and Training of Trainers have successfully been concluded on 15. December and 23rd December, 2022, respectively. The TOEs in three batches has been imparted during 7. — 2151 January, 2023. The role of the local administration is highly appreciated during the conduct of the said trainings.